I traded in and bought a new camera

Yesterday, I traded in my Fujifilm X100F APSC sensor, fixed 23mm lens camera and am awaiting arrival of a Sony A7 III Full Frame sensor with Sony FE 24-105 F4 G OSS lens. I got a good deal at Jessops and this helped with the choice of lens. My decision was not because I was dissatisfied with the X100F. The Fuji is a great camera, excellent quality in image and build – it took beautiful pictures. It’s small form factor meant it could be taken anywhere and, as everyone acknowledges; it’s a great street camera.

However, mu and I are moving onto a narrowboat and narrowboats use canals; not streets or roads (“Roads? Where we’re going, we don’t need roads.“).

I want to develop videography alongside my photography. The plan is to provide a documentary of our life on the canals and also capture the uniqueness of this environment; with murpworks Afloat.

To this end, the X100F was not a video camera. It can film in HD and it can use the film simulations that Fuji are rightly acclaimed for but looking to the future, 4K is the future. 4K is the future that is, until 8K trickles down the food chain and…

But You Got Rid of the Fuji!

In an ideal world, I would have kept the Fuji but in the real world; both financially (I don’t have the money) and spacially (I won’t have the space), I couldn’t. The Google Pixel 2 satisfies my Instagram quick upload capability and easily allows me to take a picture a day, manipulate it in phone (via VSCO) and post it.

My Nikon Df is a beauty to behold and I will use this; with the 20mm lens for Lanscapes and the 50mm for everyday.

The Sony will be for video.

Why the A7 III? For its video capability at the pricepoint. Lots of people helped with the decision; people who I’d never met or seen before, in the form of YouTube.

Sony play in the video space with a lot of expertise there and I feel this 3rd generation camera will give me what I want. I was originally seduced by the pull of Cinema cameras like the Canon C100 (I couldn’t even afford to look at the C100 II) but at this level, it’s not just the camera, it’s the ecosystem you have to build for it to work – it ain’t cheap!

Obviously, there are better cameras out there for video/film, it would be ridiculous to think otherwise but as everyone is saying about Sony; “At that pricepoint, man!”.

I have the luxury (OK lack of funds) of not having a heavy investment in glass, so this makes me agile. This agility let me take advantage of Jessops‘ short term greater trade in deal and get in at the beginning of a new camera and a new lens. This hopefully means they each have a lifespan.

Does this mean I’m now a Sony Fanboy?

Never had a problem with any of these Sony products. They were/are reliable, good quality items.

There is always risk jumping in at the very beginning i.e. still waiting for A7 III to be released but I’m confident that this 3rd Generation won’t fail me.

It’s been said before; “It’s that pricepoint!” 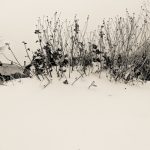 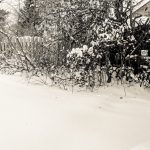 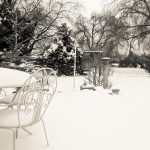 A Cold Frost Morning, travelling by train, looking out of the window as the day breaks from the iron grip of the cold Travelling from Warminster to Bristol Temple Meads. At this time of year, the sun is still rising as I make the journey but all too soon, it will be bright and it will be impossible to grab such muted tones… 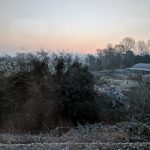 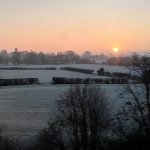 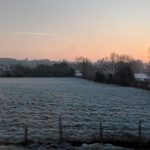 Looking back to last September, the morning journey was bright and the action of the morning seemed emphasized. In February, it struggles to start. The contrast is stark.

Images captured on a Google Pixel 2. I think the slight reflections of the train window add to the mood, rather than detract as imperfect photography. Reflections – seeing Bristol through the puddles that gather in strange places. I walk past here each day on the way to work and have to step around this puddle. By stopping and re-evaluating I get to see Bristol through a different lens. As with a lot of in photogrpahy, it comes down to light. The Winter light seems to work really well here.

I’ve taken photos in Bristol before, like these, last year in September. A City provides a wealth of opportunities when you can’t get away, into the countryside.

End of a Year on the Kennett and Avon I took this photograph at the side of the Kennet and Avon Canal, outside Bradford-On-Avon, in Wiltshire on 31 December 2017.

End of a Year – blog

This photograph is a Portrait version of a photograph I also took in Landscape format. I used the Landscape version, where I manipulated the colour, for the header to the Tales from the Bilge blog.

The blog is about us buying a narrowboat and moving to liveaboard and all that entails. There’s a serenity on a canal that I’ve yet to find anywhere else. You are spiritually away from the world. While this photograph captures nature, the telephone lines show that you’re never physically far away from ‘civilisation’.

Taken on a Google Pixel 2. 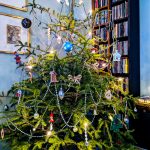 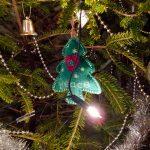 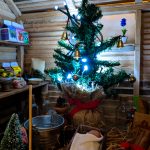